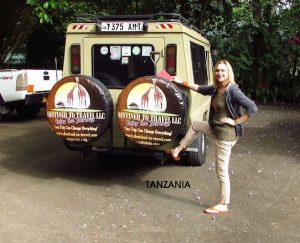 Today I want to introduce you to Millie. I met Millie back in 2011 through a mutual friend. Millie happened to be talking to this friend about her desire to go to Africa and our friend said, “then you simply HAVE to talk to my friend Kay”.   I wasn’t so much known as ‘Safari’ Kay then, but with each passing safari, few knew me as simply Kay, but mention ‘Safari’ Kay, now that got a response.  Soon Millie and I were talking on the phone for hours about the possibility of this next great adventure. 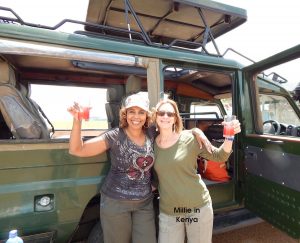 Once we talked, I think she was able to make a determination whether I was someone she might be interested in traveling with. She lived in the Los Angeles area so we didn’t meet for a while, but I was, at that time, doing presentations in Rancho Cucamonga, (yes, that’s in California for those that don’t know) and Millie came to one of the presentations.  Once we met, we found out that we hit it off, we both shared a love of travel, and once she realized that my safaris, even though we talk about ‘camping’ when referring to them, was more in the neighborhood of ‘glamping’, and not your traditional ‘camping’ experience, she was definitely IN..

Once she signed up, her sister and brother in law, who lived on the East Coast also signed up. It was about a year in advance, typical for most of the operating 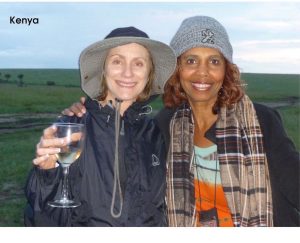 safaris. It was an exciting time. The trip was to take us to Kenya, a group of nine it was.

That year went by slowly, as it always does when you’re excited about something, but the time we spent together on safari seemed to fly by.  You can always hear on safari, “What, we’re almost through, oh, no, that can’t be right?” But it was!

Two years later, I had a group going to Tanzania, and Millie, her sister and brother in law, Vicki and two other ladies who had also travelled before with Destined To Travel also joined us on that trip. Tanzania is so unlike Kenya in many ways, that some were disappointed because they felt it didn’t measure up with the Kenya experience. 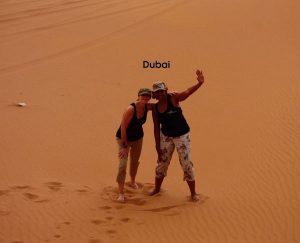 You can be very disappointed when making comparisons, then everything becomes a disappointment. Simply put, what you can do in one country will differ from another! How you plan in one country will differ from another! The land, the terrain, the planning, the organization, the logistics and the safaris themselves are all quite different. Recognizing everyone has personal choices on their country of choice for safaris, we, at Destined To Travel strive for the best of the best 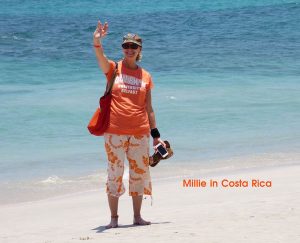 experiences in any country, but it is Tanzania where you will have the most personal of experiences. We may not always measure up for some, but for others, they continue to return because of it.

Millie will again join me on safari in Tanzania in 2018 to help celebrate my ten years in business – my anniversary trip. She’s been an integral part of that time. So looking forward to that!  It would be important to note that Millie has been instrumental in supporting our Leaders of Tomorrow Children’s Home in Tanzania, offering financial support at critical times. 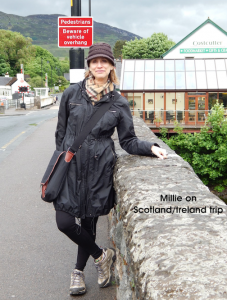 In May of 2016, Millie was invited along with a couple of other agents and myself on a Botswana spectacular 17-day long trip, and she’s headed back to Botswana and South Africa with another safari group in January 2017. Her passion for travel is evident and since her first introduction to Africa, she is quick to jump at the opportunity of returning to the motherland. She’s come to know many of our regulars, the drivers, and many of the repeat passengers. She has traveled on several trips with Vicki and will be again soon. What fun it is to have fun, exciting and passionate travelers along.

But that isn’t all, Millie and I have become travel buddies and whenever I’m offered a trip as a travel agent and I can take a companion, Millie is ready to go.  We’ve traveled to Dubai, and back to Kenya. Millie has also joined us in Scotland/Ireland, Cuba, Costa Rica, and soon will be joining us in Morocco. Those who love and appreciate travel make it a priority, they have that ‘you only live once’ attitude, and want to experience everything they can while they can. That’s Millie. We’ve had so much fun, we’ve shared so much and we have so much more to share. I always look forward to those trips where Millie will be traveling. 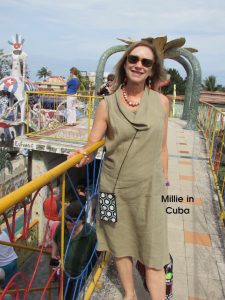 Many of you know that I do other exciting, exotic and adventurous destinations and Millie has been on many of them. Many travelers that go to Africa also go on these trips. I don’t always market to the masses, but we’re always looking for that next great traveler for the next great adventure, so if you’re interested, be sure and contact me.